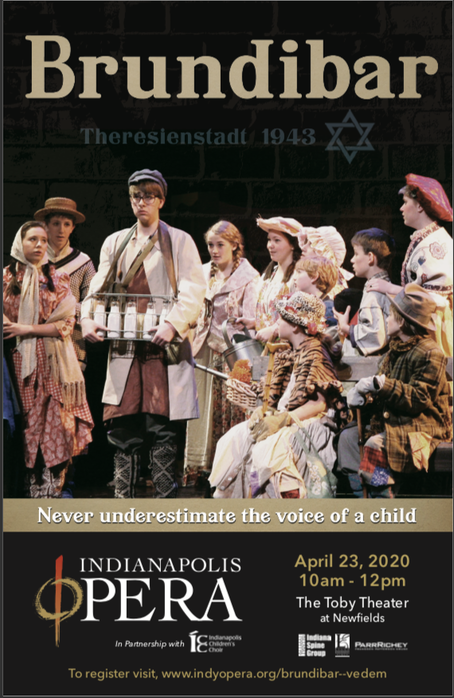 The Indianapolis Opera is planning a project for April 2020 in conjunction with the 75th anniversary of Holocaust Remembrance Day, and we'd like to open up some educational opportunities to students in Indianapolis and the surrounding areas. As part of our mainstage series, we are producing a children's opera called Brundibar, in which members of the Indianapolis Children's Choir will perform alongside our Resident Artists. It was written in Prague right around the beginning of World War II, and was taken to the Terezin/Theresienstadt Concentration Camp, which was a propaganda camp where visiting dignitaries would be shown how “wonderfully” the Nazis were treating the Jews. It was performed 55 times by children in the camp during the war.


In addition to these options, we have a curriculum guide that we are happy to distribute, and we have also connected with the Jewish Federation of Greater Indianapolis to help provide additional educational resources. The newly passed Indiana Senate Bill 132 mandates "enhanced study of the Holocaust" and this programming can help fill that requirement.

In order to advance the theatrical experience of art and music at Terezin, we are bringing a corresponding art exhibit to Indianapolis, “From the Children, About the Children, For the Children: Art and Writing of the Holocaust” to enhance the educational component of this project. This series of 16 hanging cloth panels from the Institute for Holocaust Education is a collection of children’s artwork, poetry and selections from the underground newspaper they ran in Terezin.

In addition to the traveling exhibit, we are excited to screen the documentary film, Boys of Terezin by Music of Remembrance, the group that commissioned Vedem.

Members of Seattle's acclaimed Northwest Boychoir, perform a new oratorio that opens their eyes to what the Holocaust's genocide meant to teens just like them. They meet the surviving "Boys of Terezin," and learn the poems that the boys wrote for their secret magazine VEDEM while imprisoned by Nazis. Stunning music by American composer Lori Laitman illuminates the boys' homesickness, fatigue from cold and hunger, and anger at their imprisonment--and also their humor, courage and unity even at the darkest of times.

In a poignant finale, four "Boys of Terezin" reunite in Seattle--after sixty-five years--for the world premiere performance of the new Music of Remembrance oratorio, remembering their lost friends, honoring the courage and idealism they all shared,
and proving that nothing is as deeply human as the music we share.

Come to the JCC on April 2nd at 7 pm to see this moving documentary to introduce you to Vedem.
Boys of Terezin website: https://www.musicofremembrance.org/boys-terezin-feature-documentary
Link to this event page: https://www.jewishindianapolis.org/jfgicommunitycalendar/boys-of-terezin-film-1575649342

For more information about this project, including updated educational offerings, please visit: http://www.indyopera.org/brundibar--vedem.html or contact Dr. Rachelle Woolston, the Education & Community Engagement Director at Indianapolis Opera at woolston@indyopera.org, 317-283-3531
​
Thank you for your interest. We look forward to coordinating with you to bring this amazing musical and historical education experience to your students.
Holocaust Remembrance and Education 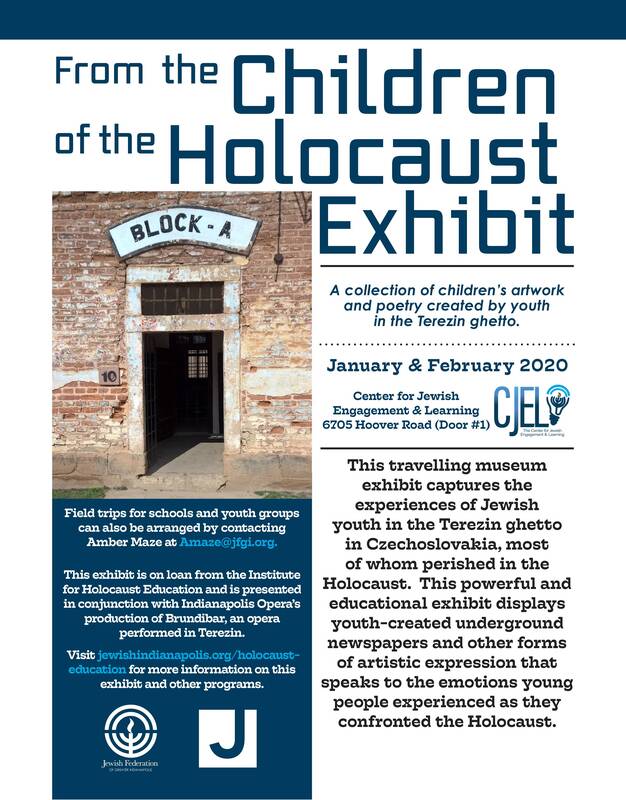 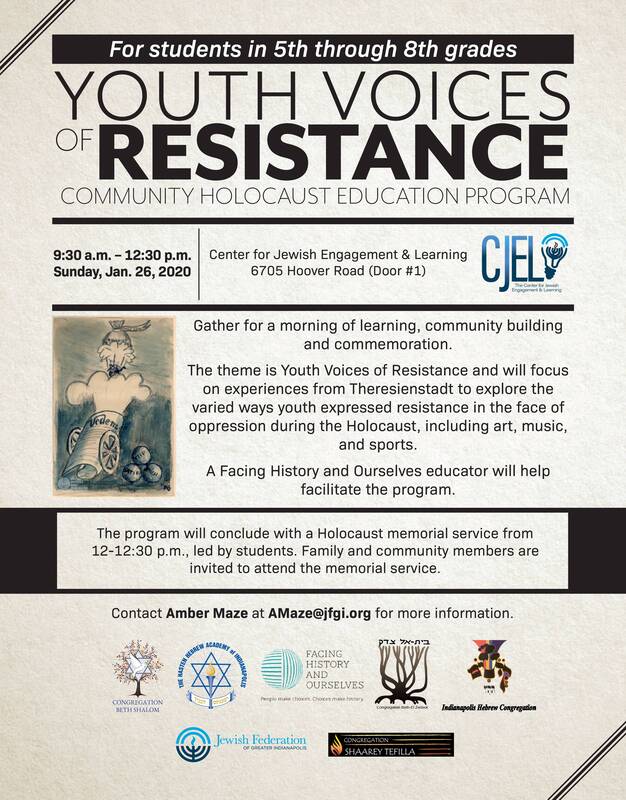 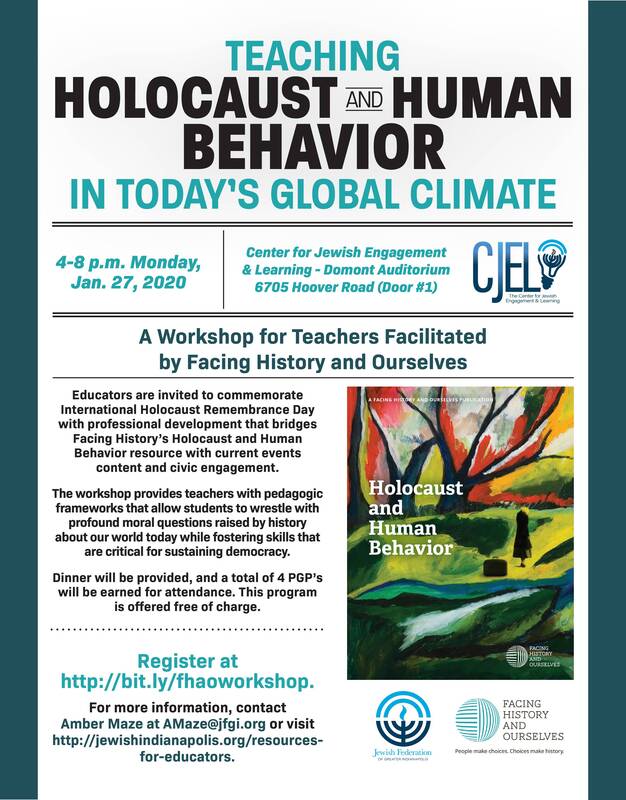 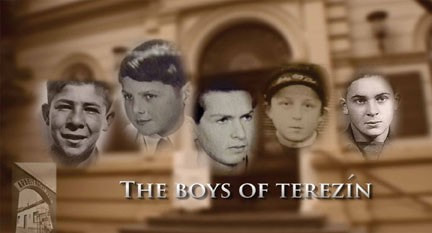 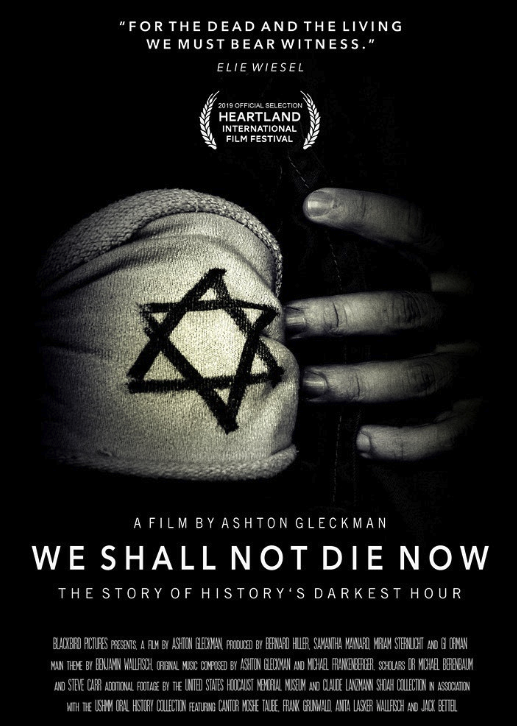