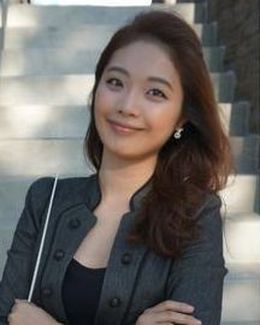 Jimin Seo joins Indianapolis Opera as a Resident Artist Collaborative Pianist this spring. Seo is an active performer, conductor, and collaborative pianist, based in Cincinnati, Ohio.
As a collaborative pianist, Seo has worked with many choirs and singers, and played for various auditions and concerts. In addition to her playing, she has participated in a number of different professional choirs as an alto; participated in many masterclasses with remarkable professionals including Maestro Mark Gibson, Alan Smith, Simon Carrington, John Alexander, Robert Istad, Craig Hella Johnson, and Harry Christophers. She has conducted various major works in the choral repertoire, while continuing to be a proponent of new compositions, premiering several student compositions throughout her studies. In February 2015, she was a finalist in the ACDA Graduate Student Conducting Competition held in Salt Lake City, Utah. She was also a conducting fellow at 2017 CCM Opera Bootcamp, continuously working on opera study and languages since then. Currently, Seo is the Assistant Music Director and Accompanist at Epiphany United Methodist Church in Loveland, Ohio, sings with Vocal Arts Ensemble Cincinnati, and plays for Cincinnati Children’s Choirs and various singers.
A native of Seoul, South Korea, Seo pursed her Master of Music degree in Choral Conducting and Collaborative Piano at the College-Conservatory of Music, University of Cincinnati, and holds her bachelor’s degree in Church Music/Conducting, with Organ and Voice as minor programs, and was awarded high honors at graduation from Yonsei University, Seoul, South Korea.