​Elixir of Love Cast and Crew 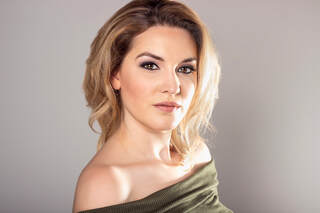 Our Adina - Soprano​ Ashley Fabian is quickly garnering recognition for her artistry in both comedic and dramatic roles. She has sung with Cincinnati Opera, Pittsburgh Opera, and Central City Opera, as well as received awards from the Metropolitan Opera National Council Auditions and the Orpheus Vocal Competition. Former roles include Ilia (Idomeneo), Barbarina (Le Nozze di Figaro), Lucia (Lucia di Lammermoor), and many others. Indianapolis Opera is excited to welcome her to our season-opening opera as Adina in Elixir of Love. 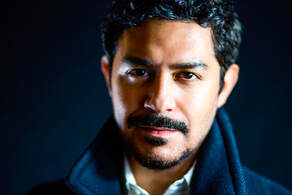 Internationally acclaimed tenor, Jesus Garcia, has been praised by the press for his “soaring vocalism” and his “dynamic stage presence”. He specializes in the romantic roles of the French and Italian repertoire.

Critically-acclaimed appearances of the recent past include Mr. Garcia’s debut in the title role of Gounod’s Faust at the Savonlinna Opera Festival in Finland under the baton of Philippe Auguin, Count Almaviva in Rosetta Cucchi’s production of Il Barbiere di Siviglia with Boston Lyric Opera, and Rodolfo in La boheme with Tampere Talo in Finland.

Other recent guest engagements brought Jesus Garcia’s debut as Giasone in Cherubini’s Medea under the baton of Jane Glover at Opera Omaha, as well as his return to Nederlandse Reisopera as Alfredo in Floris Visser’s production of La Traviata, and his return to the Badisches Staatstheater for the title part of Tito in Mozart’s La Clemenza di Tito. Garcia also recently appeared at The Wexford Festival as Enrico in Fabio Ceresa’s new production of Donizetti’s seldom performed opera Maria de Rudenz; as Nadir with the Nederlandse Reisopera and the Carré Theater in Amsterdam; as Alfredo under the baton of Lawrence Foster at the Savonlinna Opera Festival; as Rodolfo in Puccini’s La boheme directed by Rosetta Cucchi at the Boston Lyric Opera; as well as MacDuff in Macbeth, Pylades in Gluck’s Iphigenie en Tauride, Tebaldo in Bellini’s I Capuleti e i Montecchi, and Nemorino in L’Elisir d’Amore directed by Jacopo Spirei at the Badisches Staatstheater. Mr. Garcia also performed Mozart’s Requiem in cities thoughout Italy with Filharmonia Arturo Toscanini conducted by Maestro Rinaldo Alessandrini. 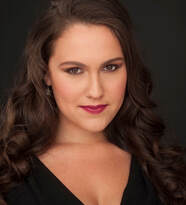 Our Giannetta - Mezzo soprano Katherine Fili is a graduate of The Maryland Opera Studio. During her master’s degree, Katherine performed the Nurse in Lee Hoiby's Romeo & Juliet, both Nancy and Florence (Albert Herring), and Prince Orlofsky (Die Fledermaus). During her undergraduate studies at Carnegie Mellon University, she performed roles including The Sorceress (Dido & Aeneas), Bessie (Das Kleine Mahagonny), and studied with Mildred Miller.  Katherine spent the 2015 – 2016 season as a Young Artist with The Florentine Opera Company before returning to The University of Maryland as a guest alumni artist to sing Bianca in The Rape of Lucretia. Katherine debuted with the In-Series Company as Puck (Oberon) and returned as Second Lady (The Magic Flute) during their 2017 season and most recently returned as Rita (La Paloma) this past March. Katherine spent the 2018 - 2019 season as the Mezzo Soprano Resident Artist with Toledo Opera and sang the title role in Carmen this past July with The Utah Summer Opera Festival. Katherine makes her debut with Indianapolis Opera as "Giannetta" in The Elixir of Love this November. 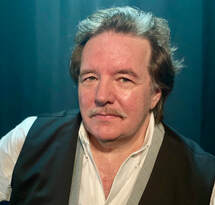 Our Dulcamara - Gary Simpson joins Indianapolis Opera as our potion-peddling Dulcamara. Gary performed the role of Pritschitsch in the 2017-18 Metropolitan Opera production of The Merry Widow and sang as "The Monk" in the American premiere of the opera "Matsukaze" with the Spoleto Festival as well as the Lincoln Center Festival. Former roles include Miguel de Cervantes from Man of La Mancha, Scarpia (Tosca) with the Deutsche Oper Berlin, Iago in Verdi's Otello, and the titular role of Falstaff. He can also be seen as Hobart Showalter in seasons 1 and 2 of HBO Cinemax’s series “The Knick." 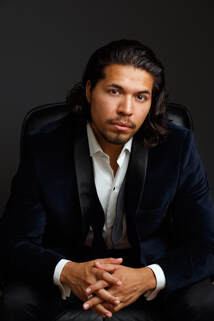 Our Belcore - Hailed as “a rising star” (Philadelphia Inquirer), American baritone Ethan Vincent is rapidly gaining recognition as a versatile artist with a “robust baritone voice and compelling stage presence,” (Chicago Tribune). A recent graduate of Philadelphia’s Academy of Vocal Arts, Mr. Vincent is the 1st place prize winner of both the Young Patroness of the Opera Competition, and the Vero Beach Rising Stars Competition and was the Second Prize Winner of both the Cooper-Bing Competition and the 2019 Nicola Martinucci Competition in Lucca, Italy.
Career highlights include role debuts as Germont in La Traviata, Jauno in West Side Story with the Philadelphia Orchestra under the baton of Yannick Nézet-Séguin, Joseph De Rocher in the Chicago premiere of Jake Heggie’s Dead Man Walking, and Behike in the North American premier of Hatuey; A Memory of Fire in collaboration with the Peak Performance series. As a Resident Artist at the Academy of Vocal Arts, Mr. Vincent performed numerous title roles including: Rigoletto, Don Giovanni, Rubenstein’s Demon, and Gianni Schicchi, as well as Count di Luna in Il Trovatore Albert in Werther, and Guglielmo in Cosi fan tutte. In addition to his operatic credits, Mr. Vincent can be seen in the featured role of César in the acclaimed film Bel Canto alongside Academy Award winner Julianne Moore and Oscar nominee Ken Watanabe. 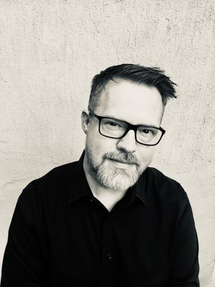 Our director - ​A. Scott Parry's stage direction has been hailed by Opera News as "marvelous", "lively", "imaginative", and "spot-on". His productions have spanned an enormous range of repertoire, from West Side Story to Madama Butterfly and La bohème to La Cage aux Folles. He conceived of, designed and directed the world première production of I lavori d’amore persi, a pastiche of music theatre fragments by Claudio Monteverdi for the Bloomington Early Music Festival as well as the absurdist opera The Pig, the Farmer, and the Artist at La Mama's Off-Broadway in New York City. He has served on the opera faculty of Indiana University and headed-up the Musical Theatre program at Mesa Community College in Phoenix, Arizona, as well as having been a visiting professor at the New England Conservatory, Amherst College, Peabody Conservatory, and is currently the Producing Artistic Director of Opera & Lyric Theatre at The Ohio State University. As a composer, he premiered his quartet theatre song cycle On the Impracticality… at NYC's Singer's Forum and recently completed an English language libretto adaptation of La mère coupable (“The Guilty Mother”) by Beaumarchais, which is being set to music. Mr. Parry is represented by Robert Gilder & Co. 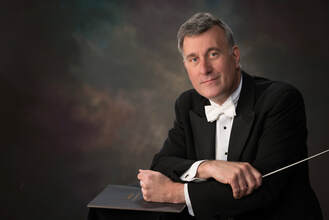 Our conductor - ​Alfred Savia is a frequent guest conductor throughout North America and around the globe. A native of Livingston, New Jersey, Savia graduated from Butler University’s Jordan College of the Arts. His first professional appointment was as Assistant Conductor of The Omaha Symphony. Subsequently, he served as Resident Conductor of the Florida Philharmonic and New Orleans Symphony Orchestras, Associate Conductor of the Florida Symphony Orchestra and Music Director of the Orlando Opera. Savia was Associate Conductor of the Indianapolis Symphony Orchestra from 1990-1996, and is still a frequent guest conductor with that orchestra leading their 4th of July “Symphony On The Prairie” concerts each season. ​Indianapolis Opera is pleased to announce the appointment of Maestro Alfred Savia as Artistic Advisor to the company. Maestro Alfred Savia joins Indianapolis Opera after serving as Music Director of the Evansville Philharmonic since their 1989-90 season. 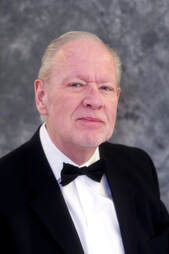 Our chorusmaster - ​John A. Schmid holds a B.M. and M.M. in Voice Performance form Butler University, Jordan College of Music. He has some 15 opera roles and many choral and musical theatre works in his performance repertoire. He serves as Chorus Master of Indianapolis Opera and celebrates  36 seasons in that post where he has prepared some 100 productions of 70 operas. Mr. Schmid has conducted and directed several operas also, for the Butler University Opera Theatre and musicals for Footlite Musicals. . He has also worked with the Indianapolis Chamber Orchestra on Messiah and the musical “Kiss Me Kate” by Cole Porter. John has been Director of Music for the past 26 years for Fairview Presbyterian Church, where he directs the Chancel Choir as well as all other aspects of the Music Ministry while maintaining an active voice studio. He is also Director of the Indianapolis Matinee Musicale Choral Ensemble. He is a member of The American Choral Directors’ Association, Presbyterian Association of Musicians, Music Teachers of America, and NATS. He is also listed in the 2007 edition of “Who’s Who in America” and has served on the board of the Indianapolis Chamber Orchestra.