Savia served as Associate Conductor of the ISO and Artistic Director of Symphony On the Prairie from 1990 to1996. Maestro Savia just celebrated his 31st and final season as Music Director of the Evansville Philharmonic Orchestra. Under his leadership the Orchestra added a Youth Orchestra program, Philharmonic Chorus, and Eykamp String Quartet. He initiated many new programs including Messiah, Nutcracker, Music Alive residencies, and fully staged opera presentations.

Savia studied operatic conducting in Milan, Italy with Enrico Pessina, a conductor at La Scala, who himself had been an assistant conductor under Arturo Toscanini, Pietro Mascagni and Giacomo Puccini. In 2013 he conducted La Traviata on the island of Giglio in Tuscany as part of Italy’s commemoration of the 200th anniversary Verdi’s birth. In 2017 he led the Indianapolis Opera production of La Traviata, and last season led Indy Opera’s newly revived
​Opera in the Park concert at Garvin Park as well as Elixir of Love.

In 2013 Savia was made a Sagamore of the Wabash. 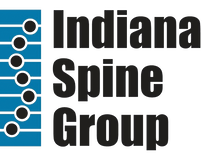