Have you ever wanted to go "behind the scenes" and get up close and personal, observing the process that opera singers go through to refine their technique and artistry? This is your chance! The Indianapolis Opera is hosting a Master Class Series, where we invite professionals in the opera industry to work with singers, including our Resident Artists. Watch the participants learn and grow before your eyes, and see what kernels of wisdom might be useful for your own edification. These events are free and open to the public. Freewill donations will be collected for the Indianapolis Opera Education Department. 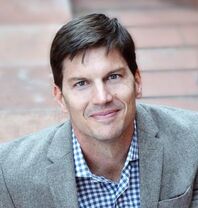 Branch Fields, described as "a bass of resonant richness" by Opera America, is a versatile performer engaged throughout North America in opera, concert and musical theater. He has performed with Santa Fe Opera, New York City Opera, Boston Lyric Opera, Michigan Opera Theatre, Utah Opera, and many other regional companies, and made his Broadway debut in the 2008 Lincoln Center Theater production of South Pacific. Recent highlights include a Beethoven’s 9th Symphony with the Sarasota Orchestra, Mephistopheles in Faust, Robert in Bridges of Madison County, Sir Lancelot in Camelot and a 42 show run of South Pacific.
The Director's Perspective
Led by Scott Skiba
Monday, March 2, 7:30pm - 9:30 pm
Basile Opera Center
Free Admission​

You can read their full bios on the Don Giovanni cast page.

​Lisa van der Ploeg’s rich, lustrous sound and electrifying stage presence have captivated audiences, displaying a remarkable variety in over 45 roles such as Santuzza in Cavalleria Rusticana, Azucena in Il Trovatore, Mother in Amahl and the Night Visitors, Amneris in Aida, and the Witch and Mother in Hansel and Gretel. Her extensive concert repertoire is equally diverse, highlights of which include the Bach B-minor Mass, Brahms’ Alto Rhapsody, Handel’s Messiah, Mahler’s Symphony no. 2 and Symphony no. 3, the Verdi Requiem, and Dvorak’s Stabat Mater. Born in California, Lisa grew up in Denmark before returning to the U.S. to pursue her studies in classical voice. While doing her master’s in vocal performance at Indiana University Jacobs School of Music, she performed with Maestro Raymond Leppard and the Indianapolis Symphony Orchestra in the Barber of Seville.   Subsequently, she made her West Coast debut with the San Francisco Opera Center/Merola Program in the title role of Carmen, which she also toured nationally with the Western Opera Theater. A favorite of the West and Midwest regions, Lisa has performed with Tulsa Symphony, Dayton Philharmonic, San Francisco Opera Center, Utah Festival Opera, Kentucky Opera, Stockton Symphony and Intermountain Opera among many others. While living in California, she taught at the University of the Pacific and San Jose State University.   Upon sending their twin-boys off to college, she and her husband moved their “empty-nest” from California to the Mid-West, surrounded by glorious nature and the most amazing yoga studio on the planet.
Previous Master Classes