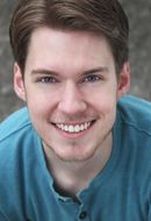 Bass-baritone Michael Colman has performed across the country in roles ranging
from the comedy of Mozart’s Figaro in Le Nozze di Figaro to the drama of Britten's Collatinus in The Rape of Lucretia. Michael made his professional debut as an Apprentice Artist with the Lyric Opera of Kansas City and went on to sing Basilio in Rossini's Il barbiere di Siviglia as a Young Artist with Virginia Opera. He has also performed with Utah Festival Opera and Musical Theatre, Janiec Opera Company, Fayetteville Opera, Savannah Voice Festival, and as a Young Artist with Charlottesville Opera. Most recently, as a Resident Artist with Toledo Opera, he sang the role of Ceprano in their production of Rigoletto and the Wolf in their
outreach tour adaptation of The Three Little Pigs.