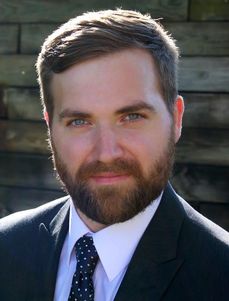 Nathanael Hein (tenor), a native of Cleveland Heights, Ohio, returns to Indianapolis Opera after having performed in IO’s production of Man of La Mancha as the Barber and in IO’s outreach program as as Dudley the Ranger in John Davies’ children’s opera, Little Red’s Most Unusual Day.
Recently, Mr. Hein stayed in Columbia, Missouri with The Missouri Symphony, where he performed the role of Eisenstein in Die Fledermaus. Mr. Hein has been seen in Indianapolis Opera's Resident Artist Program where he performed the roles of Geppetto and the Fox in John Davies' Pinocchio.
​Mr. Hein graduated from The Jacobs School of Music with a Performance Diploma and received his Master’s degree at the Cleveland Institute of Music. In his time at IU, he performed the role of Gastone in IU Opera Theater’s production of La Traviata. While at CIM, Mr. Hein performed the role of Count Belfiore in Mozart’s La Finta Giardiniera and Prince Charmant in Massenet’s Cendrillon. Mr. Hein performed the title roles in Britten’s Albert Herring and Offenbach’s Orpheus in the Underworld at Bowling Green State University. Mr. Hein spent three summers at the Aspen Music Festival in Aspen, Colorado where he performed in multiple scenes programs and performances. In addition, he appeared as Azael in Debussy’s L’enfant Prodigue with the Duke Symphony Orchestra.