Meet the Performers of our 4th Annual

We are so excited for Opera in the Park on September 11th at the MacAllister Amphitheatre at Garfield Park! Our artists cannot wait to share an evening of operatic and Americana music with you. Learn more about them below! 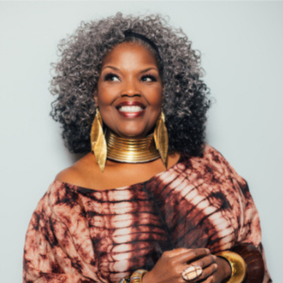 Soprano Angela Brown’s multi-genre career has been lauded on the front page of The New York Times, CNN, CBS, in Oprah Magazine and Reader's Digest. With classical and pops engagements spanning six continents, Angela has graced the leading opera and symphonic stages of the world.

Her vocal artistry is featured on the two-time Grammy Award® winning recording “Ask Your Mama.” Her voice is the inspiration for new works including a symphonic song cycle and two principal opera roles. American composer Richard Danielpour set the poetry of Dr. Maya Angelou to create the work “A Woman’s Life” that Angela has performed with Pittsburgh Symphony and Philadelphia Orchestra and recorded for the Naxos label with Nashville Symphony Orchestra. The opera roles of Addie Parker in Daniel Schneider’s Charlie Parker’s Yardbird and Cilla in Richard Danielpour’s Margaret Garner were both written for, premiered by, and reprised many times by Angela.

Angela’s most recent endeavor is the founding of Morning Brown, Inc., a nonprofit with the mission of bridging the gap between accessible, live-music programs and underserved individuals, schools, and communities. Drawing on the success of Angela’s groundbreaking show, Opera…from a Sistah’s Point of View©1997, Morning Brown, Inc., works to bring cultural experiences and awareness to cultural deserts. In Spring 2020, she launched a new podcast with Classical Music Indy and co-host Joshua Thompson titled “Melanated Moments in Classical Music” that was named Best Black Music Podcast of 2020 by the Black Podcasting Awards. She is featured in the 2021 PBS documentary on the life of Marian Anderson, Voice of Freedom, a production of the most-watched documentary series American Experience. 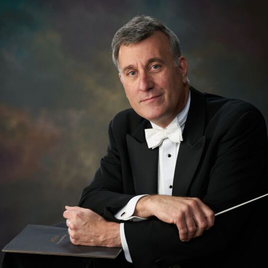 Savia served as Associate Conductor of the ISO and Artistic Director of Symphony On the Prairie from 1990 to1996. In 2019-20, Maestro Savia celebrated his 31st and final season as Music Director of the Evansville Philharmonic Orchestra. Under his leadership the Orchestra added a Youth Orchestra program, Philharmonic Chorus, and Eykamp String Quartet. He initiated many new programs including Messiah, Nutcracker, Music Alive residencies, and fully staged opera presentations.

Savia studied operatic conducting in Milan, Italy with Enrico Pessina, a conductor at La Scala, who himself had been an assistant conductor under Arturo Toscanini, Pietro Mascagni and Giacomo Puccini. In 2013 he conducted La Traviata on the island of Giglio in Tuscany as part of Italy’s commemoration of the 200th anniversary Verdi’s birth. In 2017 he led the Indianapolis Opera production of La Traviata, and last season led Indy Opera’s newly revived Opera in the Park concert at Garfield Park as well as Elixir of Love. In his new position with Indy Opera he works extensively with the Resident Artists in all their programs and leads at least one main stage production per season including this season’s Madama Butterfly both in the Fall live streamed version at the Basile Opera Center and the innovative presentation at the Indianapolis Zoo in May.

In 2013 Savia was made a Sagamore of the Wabash. 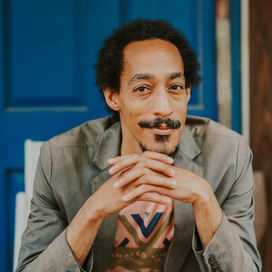 Joshua Thompson is a pianist, social musicologist, teaching artist and producer. Known onstage as Sock Joplin, he is increasingly recognized on a national scale for his expertise on classical composers of African descent and the inherent cultural connectivity in the broader aesthetic of Black Arts movements. As the 2020 Beckman Emerging Artist Fellow of the Arts Council of Indianapolis, he successfully completed his residence at the Africana Studies Center for Music and Society at the Berklee School of Music in Boston and currently serves as the first Musicologist in Residence for Classical Music Indy.

In October 2019, he was a featured presenter for the popular TED Talk series. His award-winning podcast series “Melanated Moments in Classical Music” with co-host Angela Brown, won 2020 Best Music Podcast from the Black Podcasting Awards and was recently featured in the British publication, Alternative Classical, and the Miami Times. 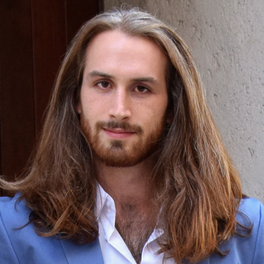 Noted by the New York Times as a "dashing lyric tenor", Indianapolis native Ganson Salmon has gained recognition for his performances in New York City and abroad.

Most recently, Mr. Salmon was a Fellow at the Ravinia Festival, participating in the Steans Music Institute’s Program for Singers.  Earlier this summer, he was a Gerdine Young Artist with Opera Theater of St. Louis.

In 2020, Mr. Salmon performed as Pinkerton in Madama Butterfly with Indianapolis Opera. Before the pandemic, Salmon stepped on last minute as Roméo in Roméo et Juliette with Sarasota Opera.  In Summer 2019, he appeared as Rinuccio in Gianni Schicchi with the Tel Aviv Summer Opera Program, as Rodolfo in La bohème with the Algonquin Arts Theatre, and he returned home to Indiana for special performances of Beethoven's 9th Symphony with the Ball State Symphony Orchestra.
​
In the 2018-19 season, Salmon joined Sarasota Opera to sing Pong in Turandot, First Armored Man in Die Zauberflöte, and cover Beppe in Donizetti's Rita. In summer 2018, he returned to Pittsburgh Festival Opera for Rodolfo in La bohème.

Mr. Salmon completed the graduate voice program at Mannes School of Music, where he performed as Tom Rakewell in The Rake's Progress, Roderick Usher in Philip Glass' The Fall of the House of Usher, and as Anatol in Vanessa.
Ganson's other operatic credits include Mr. Rushworth in Jonathan Dove's Mansfield Park with Indianapolis Opera, Rodolfo in La bohème and Don José in La Tragédie de Carmen with Ball State Opera Theater, and the Mayor in Albert Herring with Napa Valley Music Festival.
RESERVE YOUR FREE TICKETS TODAY!